A Charity Ball will be held on the 20th of January, 2017 in Turnovo to raise funds for the completion of the university’s church "St. Evtimii, Patriarch of Turnovo." A donation account has been opened for the noble cause.

This year marks 700 years since the birth of St. Evtimii of Turnovo - the most famous patriarch of Bulgaria and the last Primate of the Church of the Second Bulgarian kingdom, famous cleric, scholar and Orthodox saint and one of the greatest Bulgarians in the Middle Ages. Born in 1317 in Turnovo, he died in 1402 at the Bachovski monastery. Patriarch Evtimii was canonized as a saint, and his memory is honored on the same day as is the memory of St. Euthymius the Great – on the 20th of January.

The idea to build a temple in honor of Patriarch Evtimii occurs spontaneously during a friendly gathering between Stefan Sharlopov, Bishop Gregory and the former rector of the University of Veliko Turnovo – prof. Ivan Haralampiev. They agree and create an association: Stefan Sharlopov donates 300 000 BGN for the building of the temple, The Municipality of Tarnovo - 50 000 BGN, the University - 50 000 BGN and friends - another 37 000 BGN. On his fiftieth birthday Sharpolov asked his guests not to buy him gifts but to donate money for the temple. The collected amount of 28,000 BGN he also put into the temple’s account.

"The Church has been built already, but it is in rough construction and just as much resources are required for its completion." said Sharlopov himself, who is willing to turn the idea of erecting a temple of the St. Patriarch Evtimii into a national cause - because in Bulgaria there is not even one church named after the last patriarch of the second Bulgarian kingdom.

The church will be able to accommodate about 200 people. The architectural design also provides a small chapel, which will bear the name of the Holy Brothers – Cyril and Methodius. The first stone was laid by the Bishop of Veliko Turnovo – Gregory, who in the presence and blessing of the Holy Synod laid the three main stones, the cross and the chronicle note in the foundations of the future church. 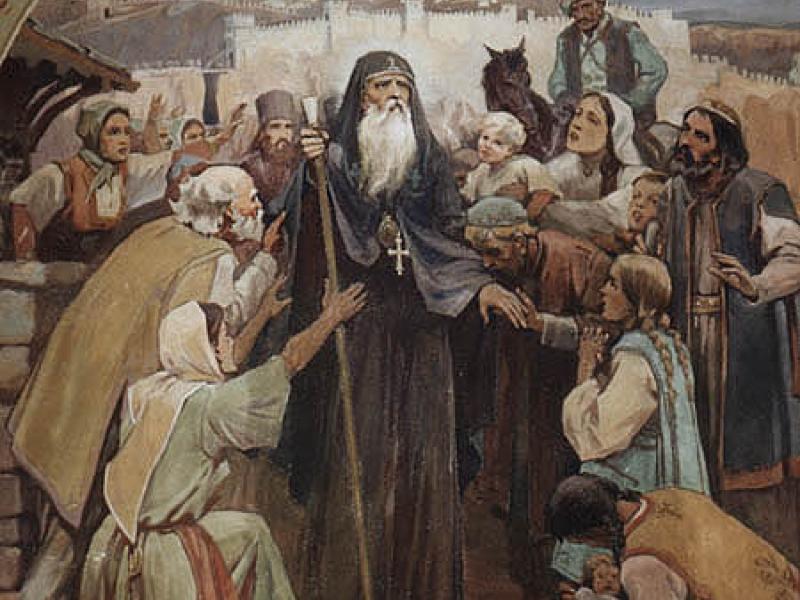