The new hotel section of Park Hotel Pirin in Sandanski was inaugurated on April 8. The five-star hotel is part of the Sharlopov Group chain of hotels and has won the prestigious honor of being recognized as the Best 5-Star Wellness Hotel on the Balkan Peninsula.

The ceremonial ribbon was cut by Sharlopov Group managers Eva Sharlopova and Boyana Sharlopova, the Mayor of Sandanski Municipality, Kiril Kotev, and the Deputy Minister of the Economy, Alexander Manolev.

A special guest at the event was His Eminence Metropolitan Serafim of Nevrokop who performed a water sanctification ceremony for good health.

The new section of the hotel includes 54 luxury rooms, 2 standard rooms and 2 luxury suites. The building’s architecture and furnishings are modern and create a cozy atmosphere.

The growing interest in the scenic beauty of the Sandanski area, known for its many SPA and health facilities, was among the main reasons for the construction of the new hotel section. “We were motivated by the desire to give our guests the best possible services our industry has to offer“, said Eva Sharlopova, CEO of Sharlopov Group.

“Staying true to our commitment to Sandanski Municipality, we hired a local contractor. The work was done by 100 experts and construction workers. During the construction phase, the initial investment of BGN 4 million grew by another million so that we could ensure we were going to offer our guests the highest standards of service. We work with Bulgarian companies exclusively and I would like to take this opportunity to thank them”, said Board Member Boyana Sharlopova. 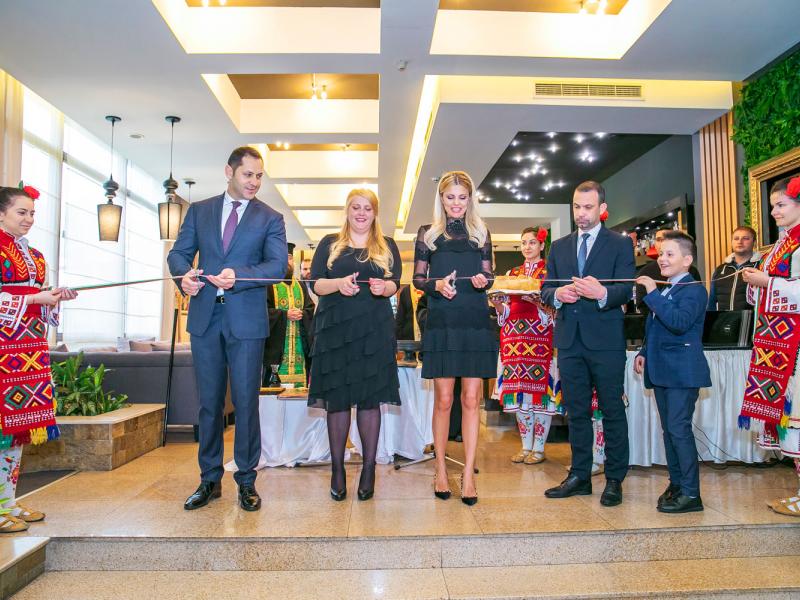