On the 9th of December Sofia became the capital of the Balkan tourism during the annual awards in the tourism industry - BALKAN AWARDS FOR TOURISM INDUSTRY 2015.

A burst of applause greeted yet another award going to Sharlopov Group, this time for outstanding contribution to the development of tourism. The award was received personally by Mr. Stefan Sharlopov who addressed the attendees and thanked for the recognition, wishing all of them happy holidays and a much more successful new year.

These annual awards indicate the significant achievements of companies successfully developing the most important sector of the Bulgarian economy and the economies of our neighbors on the peninsula. 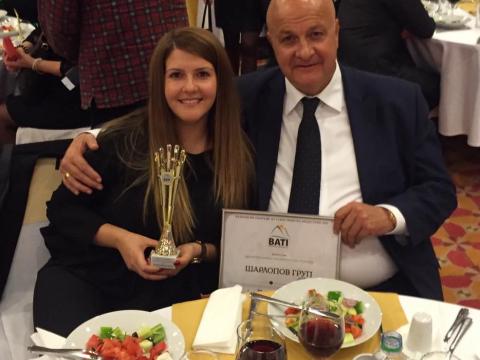