Sharlopov Group with a prize at the “Best Brand Awards”

The traditional awards for the best brand were given at an official ceremony in the hall of “Rainbow Plaza”. The “Sharlopov Group” brand was awarded in the category "TOURISM / 5-star hotel."

For the fourth consecutive year, at a glittering ceremony, honors were received by the most represented companies on the Bulgarian market. 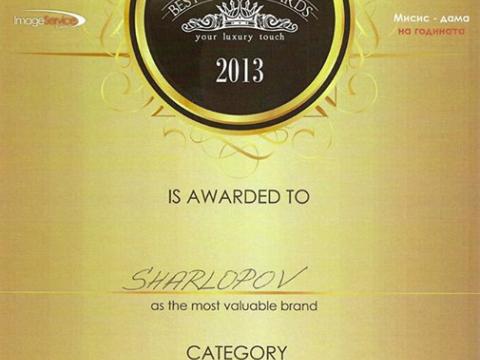